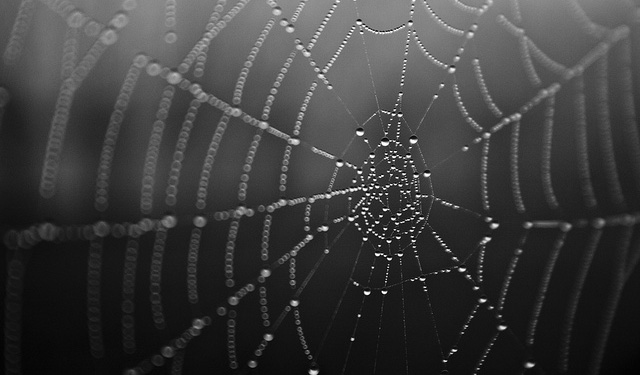 Some might be familiar with this fact, but did you know that spider web is strongest natural material in the world? This amazing strong and flexible material has been focus in many researches and one company took the whole thing to the next level. This might not be the latest news since Qmonos has been created couple years by Japanese company Spiber, however, they recently put the whole process into higher gear and they are researching new fields where their material could show their full potential.

It can be used for many things like clothes or medical equipment, but according to main people of Spiber the widest use could actually be in car industry.

This synthetic spider web is 7 times stronger than Kevlar, it is one eight the weight of steel and it is basically the ideal material for making cars. Some of the things that could be made from this material are tires, bumpers, as well as the whole chassis and body.

Siber recently started cooperation with Kojima, which is one of the main suppliers for plastic parts for Toyota and they already built factory together in which they’re going to produce certain parts made from Qmonos.

According to their management many car companies showed interest in their material and according to material specifications, it will certainly find its place in car production. Car companies are looking to make their cars as strong and as light as possible, this will probably prove itself as one of the best materials for the job, if not the best, since it’s 40% lighter than carbon fiber.

Besides its obvious benefits it is also heat resistant and it resists ultraviolet rays, not to mention that it has amazing energy absorbent capabilities. Process of production is a secret, as you might have guesses, but it is based on same proteins spider web is made from, which are produced by certain microorganisms, so it is safe to say that whole production process is ecological.