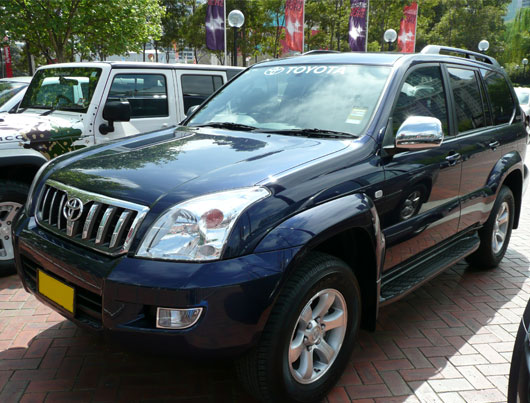 Land Cruiser is one of rare traditionally made cars with separate chassis from the bodywork. Chassis is there to handle heavy pressure which comes in play in off road driving while body satisfies many different needs of customers. Original parts of almost every Toyota are above average when it comes to quality so obviously the same goes for the price.

Up until 2007 the Japanese company had three engines in their lineup. The weakest was three liter diesel which had only 125 HP. Since it didn’t have to handle too much pressure it was very durable. The diesel had one more version with 163 HP before it was upgraded to 250 HP in 2007. On the other side only gasoline edition was 3.4 L V6 which produced 178 HP. Of course as diesel got the upgrades, the petrol version got the new 4.0 L V6 with 250 horsepower.

Even though Land Cruiser was equipped with high quality parts, their condition depended on how much time they spent off road. Because of its durability most owners usually tested the limits of the vehicle in every possible way. We remind you that original parts are expensive so inspect thoroughly if you decide to go for one.

First series of diesel engines had problems with overheating which led to issues with cylinder head gasket. But don’t worry too much because Toyota fixed it within first year of manufacturing.

Also do not play with low quality fuel as diesel didn’t process it very well. This issue could lead you to clogged fuel injectors, unbalanced fuel injection, high fuel consumption and loss of power.

Sometimes you could resolve this with simply cleaning the injectors but in most cases purchasing new ones was necessary.

While in off road a lot of pressure is put on differential, clutch and front brakes as well. In some cases automatic gearbox handled sticky situations much better compared to the manual. However, transmission oil cooler is connected to engine cooler so even the smallest crack could cause serious issues.