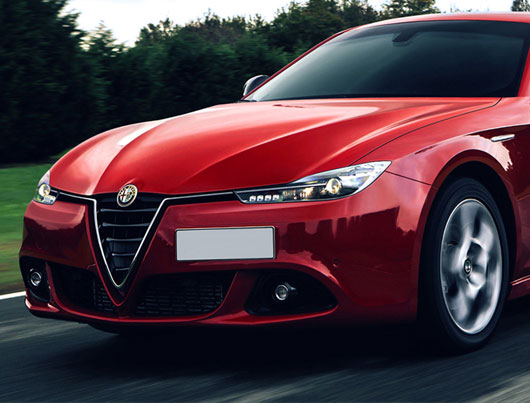 As we all know, Alfa Romeo is a significant company in car industry, they gave us some legendary cars throughout the years and they proved themselves numerous times in racing establishing a very rich heritage.

We already stated in one of our previous articles that one of the anxiously expected cars in recent times, especially among enthusiasts of this famous brand, is going to be presented in the June of this year, the new Alfa Romeo Giulia. Even though we have seen many incredible renderings, it is still unclear what can we expect.

When a new car is coming out, we can usually catch some spy photos, but Italians are keeping this car well under cover. But, what can we really expect from this car? Considering the fact that Alfa Romeo went through the hardest times in its history, in the last years, and it managed to survive it, we might really see something special.

4C was in one hand their test run. It is a car which is not really made for mass production, which meant that they could experiment a bit.

As we all witnessed, they made a masterpiece, and even though certain people like it while there are still some who don’t, it still got a worldwide recognition.

It is a true driver’s car which possesses all the qualities of Alfa Romeo models which made this company famous.

Next logical step is to transfer this philosophy to their sport saloon. Since it’s going to have some serious competition like BMW 3 series, it definitely has to be special to leave cars like this behind. Believe it or not, there is a lot of weight on their shoulders. If they fail to succeed, there is a chance that this brand might go under.

On the other side, judging by the new 4C when it comes to engineering, and the looks of new Alfa Romeo Giulia predecessors like 159, and 156, that is not going to happen. We’re also promised some impressive engines, from which some are supposed to be developed by Ferrari.

Right now, judging by the info we got, it seems like this is going to be an amazing car, but on the other side Italians are famous for neglecting minor flaws especially on cars like this. Is it going to be just as Alfa promised, we’ll see soon, but whatever the case is it would be nice to see a new masterpiece from Alfa that everybody can afford.