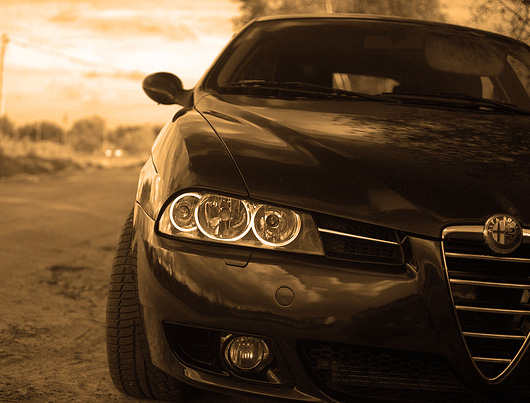 We talked about LPG and its benefits previously, but now we’ve decided to give it a real test on 2004 Alfa Romeo 1.8 TS. Why did we pick this car, well because it is not really economic, it can actually be really thirsty if you give it a real push. This car is also very cheap and not overly complicated, and let’s not forget, it is an Alfa Romeo. It is focused more on performance than on economy and we wanted to see if we can get best of both worlds.

When it comes to city km, this car can take close to 15 liters on 100 kilometers, of course, if you are not gentle. However, we’ve decided to turn this car around and cut expenses significantly. So where did we start? We’ve found the shop which mainly deals with LPG installation and they acquired us quality parts which weren’t really that expensive.

Installation was also quick and fairly affordable, after which we were ready to go. Our first impression was an almost unnoticeable loss of power, but that wasn’t such a big deal since the main goal was to save money on fuel.

The car was programmed to start on regular gasoline and then after it reaches the right temperature, it switches to LPG automatically.

The change was really unnoticeable, if there wasn’t a light which signaled us, we would know that we’re driving on LPG. First of all, we decided to test it in the city where our Alfa was thirstiest.

To our amazement, the car actually consumed less LPG, and since it is drastically cheaper, this already meant a huge saving on fuel. LPG is 50% cheaper, and since car consumed even less of it, this meant that we achieved savings of close to 60% when it comes to expenses.

Keep in mind that shop that installs this system can actually somewhat dictate the consumption since they are installing new fuel injectors which they are drilling to their specifications. So if you want better performance, they drill bigger holes in the injectors, while for the economy, they drill smaller holes.

On the open road, we got even better results, and we’ve realized that we’ve turned our Alfa into a real money saver. When we ran out of LPG we got a sound warning after which car unnoticeably started running on gasoline.

We didn’t experience any difficulties with LPG system whatsoever. System exceeded our expectations and we reduced fuel expenses significantly. It possesses its own safety features which make it really safe. Emissions are lowered and that is one more important benefit. Why aren’t we using these systems more, it still remains a mystery.