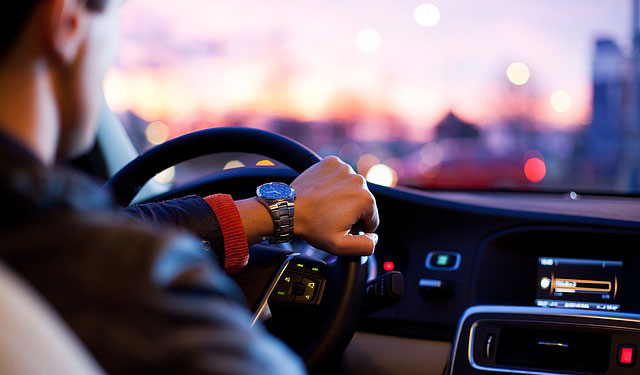 Have you ever thought about the fact that traffic jam can be not only a source of stress and irritation, but also an opportunity to get acquainted with a charming girl? Yes, it is possible. We will say even more – if you have a car, it significantly increases your chances of spending an evening in the company of beauty. We will not write a guide, we just tell a story from the life of one of our authors. And you can use it as a guide to action.

“Once, on my way from business trip to Boston, I got into a giant traffic jam. It was truly universal traffic jam and it infused me with such longing and despair that I was ready to burst into tears. Talking with other drivers, I found out that some of them are in a traffic jam for more than an hour and no significant changes in the situation were foreseen. One of the drivers told me that a truck overturned 15 miles from here. Its driver could not manage the steering and the truck skidded on an icy road. Oh, yes, I forgot to mention another important detail – it was February outside my car’s window. It was a classic February, with eerie frosts and regular snowstorms.

Walking a little more between the rows of cars stuck in a traffic jam, I returned to my Honda Civic 2016 year of release. I was sad to see how this powerful, beautiful car, created for a quick ride, is worthless. It even seemed to me that a teardrop streamed from its right headlamp, but I quickly realized that my mind of a motorist with twenty years of experience was finishing the details of reality, as it was in my childhood, when I talked to my toy soldiers with ease and I was surprised why the adults did not do the same.

When I got into my car, I turned to look around and saw that there was a beautiful girl sitting in the car to my right. I was very pleased with this neighborhood and sometimes glanced at her, pretending that I was busy with my smartphone. For the authenticity of the legend, I even opened a catholic dating site. But when I once again decided to look at my new friend, she intercepted my look. I smiled as people smile, to whom nothing else remains. She smiled back and immediately turned away. It seemed to me that both of us were embarrassed.

But then I mentioned one more detail. The engine of her car was off. And judging from the fact that the girl was shivering from the cold, it was off long ago. I realized that this is a real call to action. I got out of my car, went up to her and spoke. I had 5 minutes to convince her that I’m not a serial killer, there are many other drivers around and she does not need to freeze in her car. Besides, I had a thermos with tea.

We quickly got to talking and in an hour we felt like best friends. Another hour later, when the cars began to finally move, I had her phone number and a promise to go to the cafe the same evening. The girl also lived in Boston. ”

The main thing that can be taken out of this story is the ability to use the surrounding circumstances. Summer heat, spring or autumn rains are no worse than an icy track – these are excellent pretexts to get acquainted with a girl who does not mind a little care.

How toin the Traffic JamPick Up Girl