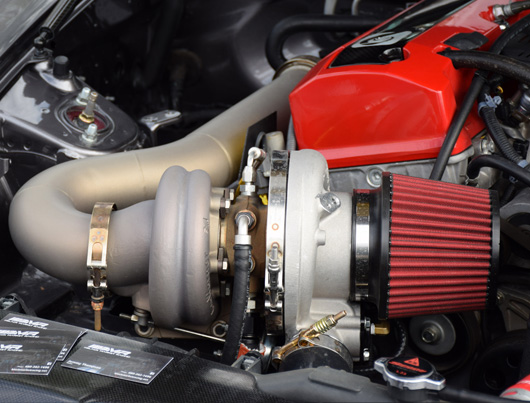 In the last couple of years car manufacturers have been pressured to build engines with lower emissions which resulted in smaller engines, usually turbocharged. None of the hardcore car enthusiasts will actually complain about turbo in their cars, but that doesn’t mean that they are perfect.

They are actually better than superchargers which can take 10 % of engine power just to run, but they produce a lot of heat and hot air which needs to be cooled before it enters the engine.

On the other side superchargers are better if you don’t want to lose that awesome exhaust sound and they are constant when it comes to air pressure.

Another even bigger problem is turbo lag which can ruin the experience. Since turbo is powered by the exhaust gases, it takes time for them to build up before turbo starts spinning, resulting in few seconds lag, depending on car.

Only way to fix this problem was to equip the car with smaller turbo which then, in some cases, doesn’t produce enough air pressure for the engine. Solution to this problem is to add two turbos which can push enough air into the engine.

This issue is resolved completely with electric turbocharger because it uses electric motor to spin instead of exhaust gases. It works even at low RPM resulting in power availability at all times. There are also other benefits to this solution. Even small engines could output decent amount of power. Electric turbo ensures clean burn, it reduces fuel consumption, thus lowering emissions, and it is also more reliable.

Just like with every other new technology in car industry, electric turbo is something that interests all big car companies, but Germans are probably most serious. VW presented their newest 2 liter turbo diesel engine, which is actually well known 2 liter 4 cylinder engine developing 240 HP that they used to implement new electric turbocharger increasing the HP to 272.

There are some unconfirmed information that Audi models are supposed to get electric turbos in 2016, but only time will tell. Since we can’t get our hands on one of these turbos, we’ll have to wait to see the real results. Everything looks great on paper, but will they be as efficient and reliable in everyday use?