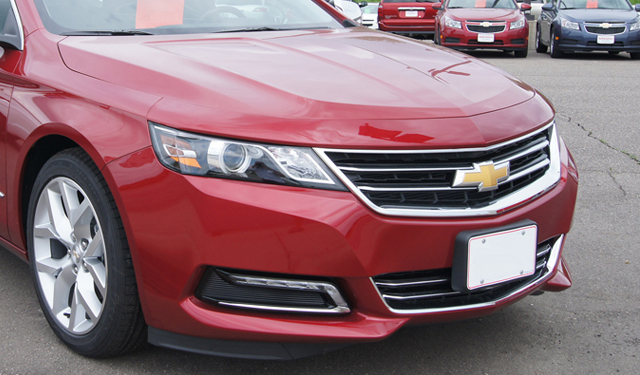 The number itself explains the concerning situation car industry is in right now. Porsche is recalling 753 brand new GT3 engine because of the danger of fire. Mazda has been struggling in the United States since 2011 and Toyota is going to recall 8.5 million cars just this year including models like Prius, Rav4, Yaris and so on.

Absolute recorder, even though it might not be in records yet, is General Motors. In may, GM recalled 16 million of their cars which not only breaks their own record from 2004 of 10.7 million, but also Toyota’s record from 2009/2010 of 14 million. Reason? Faulty ignition switch.

Recent malfunctions include the airbag manufacturer Takata whose airbags proved itself as lethal, killing few people by deploying for no reason. It was concluded that the issue was the moisture which affected electronic components.

You think that German cars are perfect? Think again. BMW recalled 489000 of their cars with 6 cylinder engines because valve screws can snap. VW recalled 598000 of their caddy’s because of the faulty shocks on cargo door. Altogether more than 20 million cars have been recalled since the beginning of the year, and that number is growing. So, what’s the problem?

With a help of modular building and platform strategies manufacturers can increase vehicle quality. At least that’s the theory, because in reality sharing the same parts has its drawbacks. When one faulty part is installed, multiple models are affected and it can even spread to other brands.

This happened to VW last year when 1.6 million cars from Audi, Seat, Skoda and VW had problem with double clutch transmission and they had to go for an oil replacement. Same parts policy plays the major role in recalls, but not the only one. Over the years, same parts keep the same serial number, but they change technologically.

Potential mistakes can be hardly fixed and we go back to the GM which had to go in front of congress. First they recalled 1.6 million cars, but they had to recall additional 2.6 million because of already mentioned faulty ignition switch. Problem is that in the meantime they changed the part without assigning it a new serial number and even the newer models had to go through control.

In last 10 years number of electric components in average car has grown tremendously. That goes for the ESP, ABS, air bags, multimedia systems and components that power them. In 90’s in an average luxury sedan number of electric cables was 1200 and it has grown to 2100 nowadays. Even though many of those components are regarded to safety, they could also cause many faults. According to many automobile experts, source of the problems is not only in car components but also in the testing procedure.

On the other side car manufacturers are testing more than ever, but because of short model cycle tests are shorter every year. Because of the amount of technological components in a modern car not every configuration can be thoroughly tested in every climate and extreme situation.

Instead of that, tests are limited to predefined extreme scenarios. As autonomic driving is developing, complexity is increasing. In a future we’ll see a technology which can recognize the issues with help of sensors and telemetry. However, new complex technology might not be the answer, it might have the opposite effect.

Competition has strengthened in the last couple of decades and that has an effect on both manufacturers and suppliers of car components. By getting certain components from a supplier, car companies could generate saving of few percent annually. Manufacturers sign contracts with only biggest suppliers. Those that are positioned lower on the pyramid do not have such a privilege, even though certain quality standards have to be respected.

To generate the savings, car manufacturers assign important components to outside suppliers. High quality standards are passed to the other side and responsibility grows in the supply chain. At the same time it’s inefficient for manufacturers to control supplier’s production lines.

So if there are numerous suppliers for one model, down that chain there is going to be a small company which only has 20 or 30 people employed. It could be impossible to control them all. Car manufacturers are always looking to improve their production whether with faster or cheaper labor, and by this, mistakes are inevitable.

Developing processes have shortened dramatically in the last ten years. Because of high competition on the global level car manufacturers develop new models in less time. Consequently tests are shorter. Even though certain suppliers might cope with that, there isn’t much time for optimization.

If you know anything about cars you know that older cars can last much longer compared to their modern versions. For example quality German car from the early 90’s will last ten times as much compared to its relative made in 2013 or 2014. Logically, less time they take to develop a certain model and less time they test it, there is a potential for more problems. Problem is that this trend will continue because car companies don’t see other way to satisfy all of the customer demands.

As we can see from the previous cases, the problems reflect mostly on the electrical components. So we are in this weird situation where car manufacturers implement more complex technologies by day and they are not actually reliable. They produce millions of cars which have not been thoroughly tested and we end up with a new car that’s not working properly.

In a time where news travel like lightning through social media and news, vehicle recalls are heard about all around the world. Toyota learned this when they didn’t react fast and transparent enough to their problem with sticky gas pedal in 2009. As a result they lost customers trust, and people don’t see them as synonym for quality like they did before that incident.

Believe it or not, Toyota is still recovering, but they learned that they have to react as fast as possible to those scenarios, and even though they are as transparent as they can be at the moment, their reputation somewhat damaged.

Because of all media around us people are aware of the recall almost instantly. This affects car manufacturers directly and they pay more attention to the recalls. There is no denying that all the media helps spread the news faster, but there is a bad side to it.

Small issue that could be solved quietly on a regular service makes it to the media and it becomes big problem. This results in customers that lose trust for basically no reason.