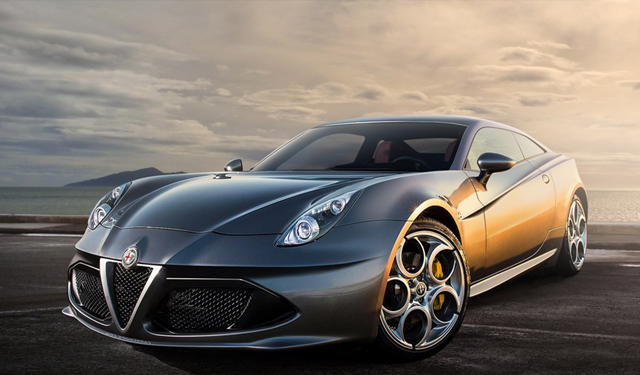 In a world where mostly German cars are dominant, Alfa always brings something refreshing, even though it might not be up to everybody’s taste. Company is getting back on its feet and we could finally see new mass produced coupe after all these years.

Now, we all know that German cars are great but you have to admit that they are kind of lifeless, meaning that they lack that unknown X factor which makes us all warm inside. Here are three reasons we need something like new generation of Alfa Romeo GTV.

When we take a look at the German cars of the day, they do look decent, however, their look is something that kind of loses its value as days pass. Another problem with BMW and Audi for example is that most of their models look alike, the only difference is in their size, and that is something a real car enthusiast can’t forgive easy.

Is it really that hard to make each model significantly different like they did in the past, or is it not worth the effort? Even the design of the interior gives us that impression that they just lost the interest.

Whatever the case is, none of us want to live in the world of boring car design and control. We need something exciting like the rendering above. There is no official information about new GTV but since Alfa is firing on all cylinders to bring the old glory back, we just might see the legend coming back.

Alfa was always known for their amazing performance, and they proved us that they still got the right skills with the 4C and the Giulia – Stelvio QV. The only problem with 4C was that their main focus was to save weight which meant that they had to make a small car which actually wasn’t able to offer much comfort and luxury.

That’s where the new GTV could step in. Since it is somewhat bigger, it would offer much more space and all of the commodities of everyday car. Since Alfa gathered a bunch of engineers and they gave a generous budget, I bet we could see some mean machines under the hoods of new Alfa models.

Engine from 4C wouldn’t be much of an excitement since this would be a much heavier car, and as we all know as weight increases, performance goes down. However, Ferrari-derived V6 from Giulia and Stelvio would definitely make this car out of this world. Add decent quality to all this and the new GTV is certainly going to be the car we are going to fight for.

As the guys from the Grand Tour say: “You are not the real petrol-head if you didn’t own Alfa Romeo”. Alfa Romeo cars are really special and people that own or owned them know that. Each car has that undeniable character which can be rarely seen in other brands.

Also, connection between Alfa’s cars and drivers is something only true Alfisti know. That’s why Alfa Romeo is the only brand who can’t lose their followers even throughout really tough times. The other thing is that Alfa Romeo is a average man’s Ferrari and that is obvious when you drive it. Even though they might not have huge engines and the insane HP’s, performance is still impressive.

The only thing that kind of ruined the impression in the last two decades is the absence of the rear when drive. Happily, Alfa’s main people realized that and they are bringing it back for good. Now, main people of Fiat realized where they made mistakes, and they are branching out the Alfa.

This means that we are going to see some amazing cars in the near future, and if they follow the recipe of amazing design, performance and that factor only Alfa possesses, amazing results are few steps away.