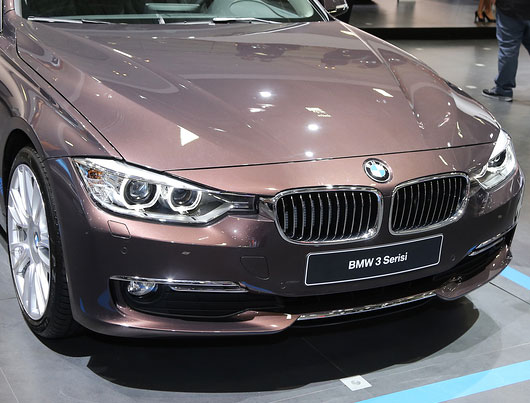 Even though most of the BMW models look alike, they are still very successful. Best example for that is the 3 Series which is the leader in its segment. However, they still decided to refresh it a little bit, and they gave it some more modern, luxury and quality touches.

Since the planetary popular competitors like A4 and the C class are right behind it something had to be done. Main aspect they had to pay attention to is the quality one, since it wasn’t really on the level we’re just used to seeing from Bavarians.

They also advanced technological components including the improved headlights and navigation system. Automatic transmission it comes equipped with is tuned to improve fuel economy, while manual transmission also received some upgrades.

When it comes to interior, they refreshed the central console giving it more chrome details and color combinations, as well as more quality plastics which improved the overall impression.

However the biggest news in the new 3 series is the 3 cylinder turbo charged engine which generates nearly 140 horse power.

Some of you might be surprised by this move, and to be honest it doesn’t really seem like a logical one. Even the hardcore enthusiast will question this decision, and probably for the right reasons.

When it comes to performance numbers there isn’t really much to talk about, it will reach 62 miles per hour in just under nine seconds with a maximum speed 130 miles per hour. Their main argument is economy since this three cylinder engine will get 47 miles per gallon.

However, those are the factory numbers, and as we all know they might not be as accurate in real life. Problem with a 3 cylinder engines is that when they’re pushed hard, they tend to take more fuel even than some of the 4 cylinder engines.

All in all, they managed to make a fine car even better, they fixed some of the issues they had and now they are ready to hold the number one spot for several more years. On the other hand introduction of the 3 cylinder engine is kind of a risky move, at least in the 3 series, but who knows it might prove itself as successful.

If we see the already mentioned competition following the same strategy, it will be a clear sign that this might not have been such a bad idea after all.