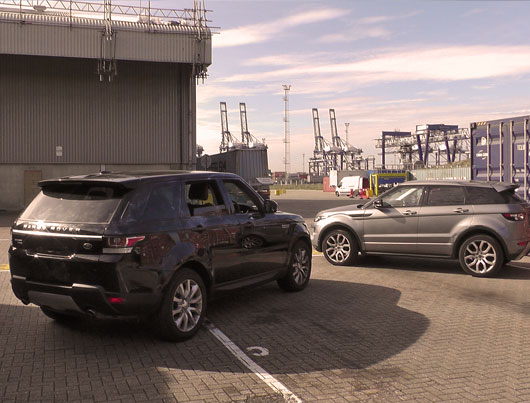 War between car companies and thieves has been raging on for many years, and even though less and less cars are stolen as years pass, advanced technology enables thieves to steal certain cars without much effort – certain Range Rovers are especially vulnerable. There are many products on the market which are supposed to prevent them, some of them work well and some of them don’t, here are few things you can do to prevent your car from being stolen.

As we all know all cars need electricity and fuel to run, and that’s where we’ll start. This is one of the simplest and most effective means of protection and it basically works by blocking the electricity to starter.

It can be somewhat complicated to set everything up if you don’t have a lot of knowledge when it comes to car’s electrics, but if you got a trustworthy mechanic, they can do it for you in no time and it shouldn’t cost you a lot.

They will basically install a kill switch inside a cabin and only you will know its location. Thieves will not take their time to look for a switch because they are looking to steal a car as fast as possible.

Disruption in the fuel system

As we mentioned above electricity and fuel are necessary for a car to run, and this method basically works the same as the one described above. There is a hidden kill switch which will prevent thieves from starting the car. It is very effective and fairly cheap method which will certainly help you protect your car.

Additional security system might cost you a bit more money than the first two methods, but it is also a very good and effective way to protect your car. Anyone who would want to steal your car will be prepared to deal with a factory security system and when another system kicks in, it will most definitely chase them away.

There are many products on the marked which will help you protect your car, some of them require professional installation, while others are mounted by the driver. Some of them are effective and some of them aren’t, but they can be a fairly cheap solution for theft prevention. Something like steering wheel column lock is pretty good solution but it can be somewhat unpractical, that’s why we suggest one of first three choices.

When it comes to wheels, all you need to do is get a specialty lug nuts which will only you be able to take off, they don’t cost a lot of money and they could save you from unnecessary expenses.